When it comes to budget phones, Itel rates among the most popular. Apart from the fact that their smartphones are very affordable and even rank among the most affordable in the budget-phone world, most of their products are efficient to a credible degree.

This post introduces one of their popular smartphones – Itel A32F. Here, we will take a look at the phone’s core specifications and how much it goes for in the current market. 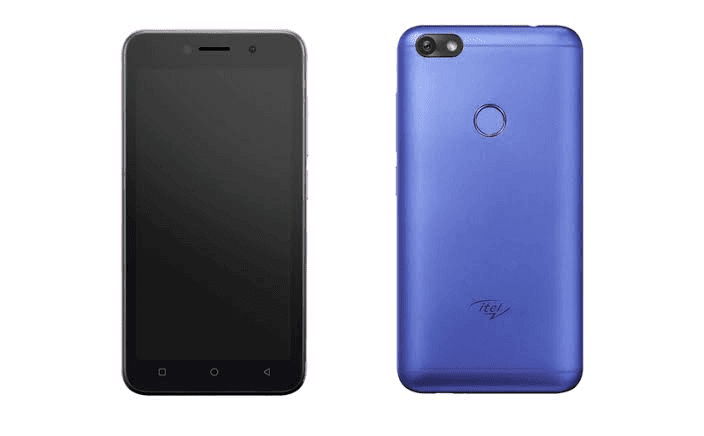 Price of iTel A32F in Zambia

One of the core selling points of Itel over the years is their affordability. In fact, their smartphones rate among the very cheap ones in the Zambian mobile market. As it stands, the iTel A32F can be purchased for anything between KW19, 000 – KW22, 000 depending on the place and period of purchase. Like most other phones, iTel phones are cheaper when bought directly from a store with direct collaboration with the company.

The phones are available for purchase across various e-commerce stores in the country and can also be bought from smartphone stores.

ITel A32F Spec at a Glance

Let us take a deeper look at the features and specifications of the iTel A32F.

Itel are not the best when it comes to phone designs and it is easy to understand that. Given the price the phone goes for, you wouldn’t expect an exceptional design. Itel A32f features a quality finish and the curved edges offer great grasp, making it comfortable to hold.

The brand ensured a plastic back cover comes in the package to large assure the user and protect your phone from the chances of scratches and falls. It also features capacitive navigation keys on the bottom bezel. A plastic guard covers the display and prevents scratches as a result of the phone being in your pocket or bag

The itel A32F comes in the customary 16:9 aspect ratio and at its small size makes it relatively comfortable to use with just one hand. The smartphone features a 5-inch IPS LCD capacitive touchscreen with a resolution of 480 x 854 pixels, which will most likely come as a disappointment to most people as the display is quite small compared to other smartphones in the market today, although the amount it goes for is a fair consolation.

Camera is not one thing iTel particularly excels at ad you wouldn’t expect so much from this. The back camera features a 5 MP shooter. The phone also boasts 2 MP front shooter for selfie. Both cameras have LED flashes.

While they are not very exciting, they get the job done to their standard. The shots are decent enough but there are still issues with saturation. The filters on the camera meant to enhance overall picture effects are not as exciting and could have been much better.

Itel A32F is powered by a removable 2, 050 mAh battery. Although the battery capacity and performance is satisfactory, lovers of the phone would have expected much more, especially considering the brand’s reputation of manufacturing smartphones with stronger battery capacities.

The battery still lasts for up to a day when not heavily used. The battery, although does not boast fast charging features, charge impressively fast and does not drain easily. The overall battery capacity can be better though.s

A Quad-Core MediaTek MT6580M processor alongside a Mali-400 MP GPU cruising speeds of 1.3GHz powers the Itel A32F. In terms of memory capacity, the phone ships with a fair 8 GB Internal memory storage, which can be expandable to up to 32 GB with an external memory card, and 1 GB RAM.

The phone runs on the Android 8.0 Go Edition and the system itself uses up about 3 GB of storage. When newly bought, you can only get 520 MB RAM of the 1 GB and 5.19 GB free memory space of the total 8 GB storage on the device. This is largely due to the internal space used by the Android Go.

Itel A32F comes with 3G connectivity that works well, which serves as a consolation for the absence of 4G network connectivity. According to users, the 3G connects seamlessly and has been largely appreciated.

Itel A32F is not so bad a phone, especially considering the price it goes for. However, it is obvious there are alternatives to go for. If you desire an alternative, you can easily consider the likes of Tecno F1 which comes at a slightly higher price. If you want a phone in the range with better performance and slightly better features, you can consider either Tecno F2 or Tecno F3, although you might need to also spend a little more.

Other top mentions include the likes of Infinix Smart 2 Pro and one of the new Oppo phones – Oppo A3s. Both phones run on Android Oreo and as expected, are largely more expensive than the iTel A32F.