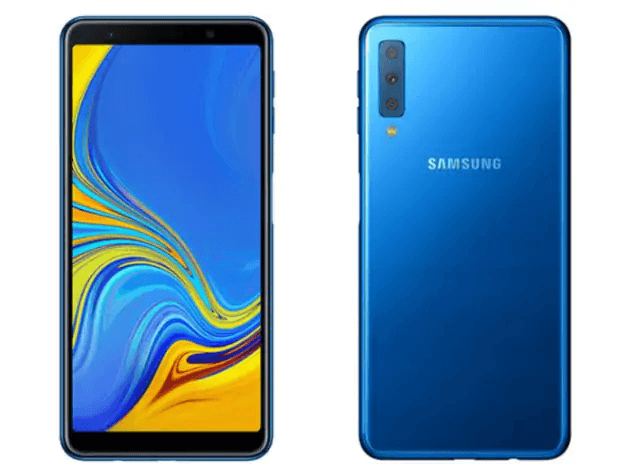 It is no news that Samsung rates among the very best smartphone brands in the world. They broke into the Zambian smartphone market in the early 2000s and have since then dominated thanks to their product’s quality, remarkable design, durability and style.

One thing is sure, when it is Samsung, it is most likely among the very best. The world knows is; the fans appreciate it; the brand relishes it, and even rivals envy it: Samsung smartphones are the real deal and the introduction of the latest Samsung A7 only confirms they are not taking any step backwards.

Samsung wowed the world with the introduction of Samsung A7 (2018 model) some months ago. Apart from the fact that the smartphone boasts remarkable features and outstanding design, its triple rear camera system made the whole difference. Some called the phone a test run for the much anticipated Samsung Galaxy S10, while some others see it as another marketing masterpiece. Either way, Samsun Galaxy A7 (2018) rates among the best smartphones released this year.

In this post, we will take a look at this smartphone magic. We will consider its core specifications, reviews and how much it goes for in the current market in Zambia. Here we go!

Depending on the memory size (4GB/6GB RAM), the Galaxy A7 (2018) can be purchased for between KW75,000 and KW80,000 in most of the popular phone stores in the country. The variation in prices could be as a result of changes in the currency exchange rate at the time of purchase and other similar factors.

When Samsung released this smartphone towards the last months of 2018, the mobile world was not only caught unaware with the phone’s sleek features and specifications, they likened it to the much anticipated Samsung S10. Galaxy A7 (2018) is the brand’s first smartphone to boast a triple rear camera system.

Given the price the smartphone goes for, it is a reasonable and cheaper alternative to the Galaxy S-family. Do you want to know more about this smartphone? Let us take a deeper look at the features and specifications.

Another core difference between this smartphone and other latest high-tech phones is that it does not feature either IP67 or IP68 certification, which means the smartphone is not dust or water resistant. This is a notable downside as most phones these days boast this feature.

If you are a fan of sleek phones that you can easily slide into your pocket without feeling so much weight, then Galaxy A7 (2018) Is a reasonable option to add to your list.

Apart from Samsung notes, Galaxy A7 rates among the top five Samsung smartphones with the largest screen. Interestingly, it boasts a remarkable 6.0-inch display with no notch.  This is one of the most scintillating features of the smartphone. With a screen resolution of 2220 by 1080 pixels, you can expect a very sharp, smooth and colourful display. The AMOLED technology provides lovely colour combinations when viewing contents on the smartphone.

If you love watching live matches, movies, and live programs on your smartphone, then you will appreciate Galaxy A7 (2018) even better. Top notch display this is!

This is one feature that is common to most modern-day smartphones. Although most phones feature the fingerprint sensor at the rear or directly in front of the smartphone, like Sony, Samsung had to go in a different direction with Galaxy A7 (2018), placing the fingerprint sensor by the power button right under the volume control button. Classy right?

The smartphone also comes with facial recognition, like most smartphones in launched in recent times. Although this feature isn’t as effective as in Galaxy S8 and S8 Edge, it still gets above average score compared to other smartphones. If the face ID doesn’t work on time, you can always switch to the PIN to unlock the smartphone.

The Samsung Galaxy A7 (2018) comes with Android Oreo 8.0 version. This does not change the fact that the smartphone is truly smart, smooth and efficient, although it is some few miles off latest Galaxy S-family.

The device comes with an Exynos 7885 processor with 8 cores, including six A53 and two additional A73 cores with up to 2.2 GHz. The A7 (2018) boasts the same processor as the Galaxy A8 and A8+. It also comes with Bixby, but in dissimilarity to the popular Galaxy A9, Samsung did not dedicate a button to it. To activate it, you may need to swipe left from the main screen, which can sometimes be inconvenient. Although there are obvious differences when it comes to the speed and smoothness of the device’s interface if you compare it to the latest Galaxy S family, it still rates among the very best smartphones in 2018.

Arguably the most unique feature about this phone. Samsung got the mobile world on its foot with the release of its first triple camera smartphone. The secondary sensor, the ultra-wide 120-degree wide lens with 8 Mega Pixel is scintillating. The main sensor boasts a 24 MP with a f/1.7 aperture and a supplementary lens for the bokeh effect with about 5 Mega Pixel and a f/2.2 aperture. The last sensor, although most people feel it isn’t really needed due to the fact that other Samsung smartphones use the wide-angle sensor to figure out depth for basic portrait images, is sometimes used to enhance optical zoom, serving as an icebreaker and a remarkable feature for the smartphone.

The phone also features a commendable 24 MP front shooter for selfies and a f/2.0 aperture that will only enhance amazing pictures. It also boasts an option of panoramic selfie pictures and AR emojis that only make the entertainment part much better.

This is another remarkable feat for Samsung will be appreciated even in years to come. Generally, the Samsung Galaxy A7 (2018) camera is lovely and gives you almost everything you need in a camera, although it still does not rate among the best cameras in 2018. If you desire a smartphone with an exceptional camera, Galaxy A7 (2018) is a cheaper and reasonable option to consider.

Samsung has had issues with their smartphone batteries in recent times and prior to the launch of this smartphone, they needed to do better.  Galaxy A7 (2018) was released with lots of expectation in terms of battery and the smartphone met it, at least to a large extent. Its 3300 mAh ensures a commendable battery capacity and a reasonable improvement over previous models. This means that when fully charged, you can easily use this smartphone all through the day without needing to charge it. Based on several reports and test, Samsung Galaxy A7 (2018) rates a minimum efficiency rate of about 9 hours 30 minutes of constant usage. Quite an impressive one for a smartphone in its category.

The brand did not do so much though in the aspect of charging. There are l-very limited charging options compared to Galaxy S8 and S8 Plus. There is no USB type C-charging option available and does not feature wireless option as well.  Instead, the Galaxy A7 (2018) features a Micro-USB charger.

If you are looking for a smartphone that is efficient, durable, sleek and easy to handle, then Galaxy A7 should be among the ones on your list. The fact that this smartphone is not as expensive compared to the S-family makes it among the popular smartphones in the market today. Not a bad buy at all. 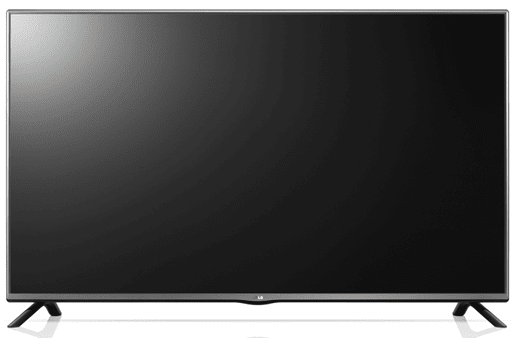 When you see a list of the best and most popular TV brands in Zambia, be sure to see LG among the top three. For all the right reasons, LG TVs are graded among the best in the industry. The market welcomes it; the customers appreciate it; the world of electronics can’t get enough of… 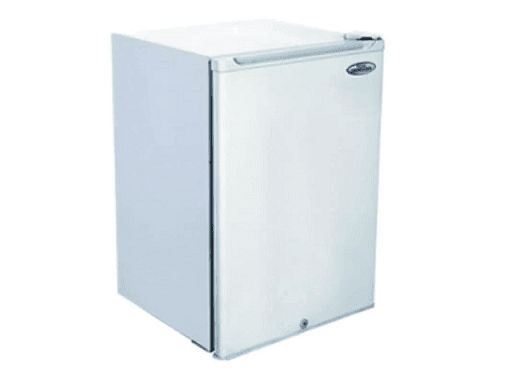 If you are looking to buy a refrigerator, you don’t have to study all the refrigerators on the market. You will probably get overwhelmed considering the enormous number of models available. Apart from the scary variety of fridge accessible, getting the right one and the exact one that matches your purpose of by is another… 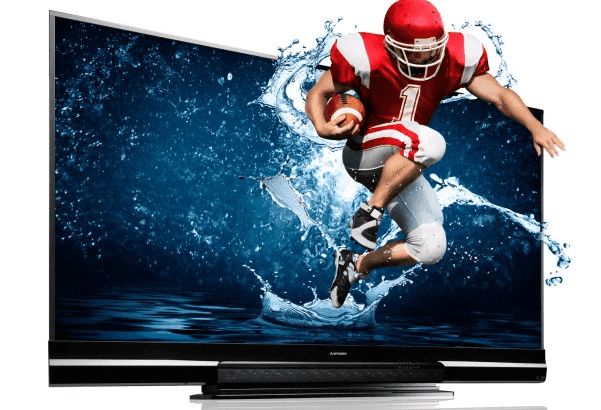 Have you even been in a situation where you are seeing a movie or a football match and just feel like being inside the TV or wishing you can see the actions from every possible view beyond the regular two dimensions? 3D TVs make that possible for you to be in your room and feel…

When it comes to high-efficiency printers, it is difficult to look beyond Canon Printers. The brand has not only established itself among the most appreciated printer brands today, but they are also among the most popular in the Zambian market. Their products are easily accessible and of great reputation. Canon printers come in different categories,… 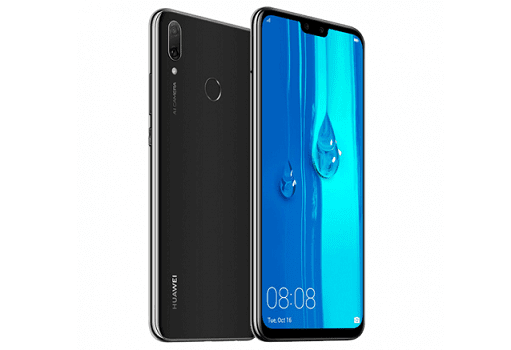 Believe it or not, Huawei is taking the smartphone world by storm. When they released the Nova 3i early in the year, the world was not only wowed with the features and specifications of the smartphones, it raised everyone’s expectation of what the brand is capable of. Maintaining such a high standard can be a… 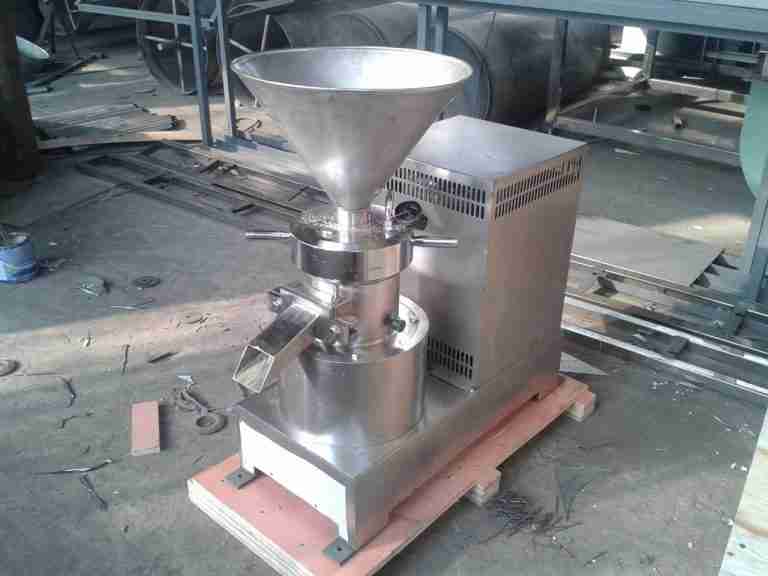 Whether planned or unplanned, we have come across a grinding machine in our lives. Probably in the market, industry, or at home. So very huge while others as small as a handheld tool. It is quite easy to define what a grinding machine does; the name already tells the whole story.   They are numerous grinding…