Considered as one of the hottest smartphones of 2018, the Galaxy S9 is a smartphone that takes over the baton where the Galaxy S8 stopped. Although the Galaxy S9 didn’t come with any surprising spec list as we expected, it’s still a device to buy because of the major improvements it features.

And if you’re a camera lover, you’re sure going to love the Galaxy S9 because Samsung invested a lot in that department that no other phone in 2018 could come close to it in terms of camera tech.

Plus if you’ve been a regular fan of Samsung, chances are that you won’t be freaked out by the Samsung Galaxy S9 price in Zambia. So, let’s get fully into the review of this gorgeous device that’s hard to ignore.

The price of Samsung Galaxy S9 in Zambia ranges from KW165,000 to KW190,000 in leading phone stores in the country. The price may be slightly higher on e-commerce stores but it’s a great option to consider if you want to purchase the device from the comfort of your home or office.

However, keep in mind that prices are subject to change based on factors like exchange rate, location and period of purchase among others.

If you’re expecting a radically new design, then you might be a little disappointed as the Galaxy S9 takes on an identical design like the Galaxy S8. The new smartphone draws on several points of the design of its predecessor that you could easily call it the Galaxy S8.1.

There are only a few differences which we would call improvements. For example, the bezels of the Galaxy S9 above and below the screen are a fraction smaller than before which makes the screen even bigger. The smartphone as a whole is smaller and thicker but you’re unlikely to notice the difference when you hold the device.

The Galaxy S9 has the same body of aluminium and glass as the S8, and there’s still a pressure sensitive home button on the screen while the Bixby button and volume rocker are still positioned on the left side. The key difference in the design of the Galaxy S9 is that the fingerprint scanner was moved to below the camera for easy accessibility.

Recall that the S8 had the scanner just beside the camera but it seems Samsung did use the feedback it got on the smartphone.  In all, the design is not quite different from its successor but it still looks attractive and feels classy in the hands.

The Samsung S9 flagship smartphone is available in seven colour variants which include: Midnight Black, Coral Blue, Titanium Gray, Lilac Purple, Burgundy Red, Sunrise Gold and Ice Blue. However, all the colours may not be available in all countries.

The Galaxy S9 sports an 18.5:9 aspect ratio, Quad HD+ resolution and Super AOLED technology. The screen is one of the best on the market as it’s adjudged to have the best colour reproduction, brightness, accuracy and overall sharpness. The display is also one of the best reflective displays out there as you can see everything on the screen under direct sunlight or in a room with a strong light behind you.

However, you might experience a little problem with the screen as the maximum brightness is only available in the auto-brightness mode. Thus, you might have to toggle between the manual and auto-brightness mode if you wish to increase or reduce the phone’s brightness. Nevertheless, the seeming problem might actually not be a problem since the Galaxy S9 can learn your brightness preferences over time and mimic those settings for you in similar conditions. To protect the screen, the Galaxy S9 comes with Corning Gorilla Glass 5 which offers more protection from scratches and impact.

You can expect to get’s a whole day’s use out of the smartphone and a little into the next day if you’re an average phone user. The only thing that drains the battery juice is the screen which requires more power than usual because of its spec list.

The Galaxy S9 comes with fast charging technology that can get your phone from 0% to 36% in just 30 minutes. There’s also the option of wireless charging as the smartphone will charge on just about any wireless pad.

The camera department of the Galaxy S9 is the biggest change you will notice on the smartphone. Although it sports a 12MP rear shooter like its predecessor, one of the highlights of the camera is its aperture of f/1.5 which is the brightest ever on a smartphone. You can switch between an aperture of f/1.5 and f/2.4 so you can get great low-light shots and better brighter scenes respectively. The intelligence of the camera sensor was also improved to analyse and improve photos better than before.

The 8MP selfie camera also performs incredibly well as it can handle low light conditions well and also allows you to take panorama selfies so you can add more people in the picture. Both cameras produce detailed shots with superb colour accuracy. Needless to say, it’s almost impossible to take a bad a bad shot with the Galaxy S9 due to how much attention was given to the cameras.

Depending on where you’re purchasing your Galaxy S9 from, the smartphone comes with Samsung’s own Exynos 9810 which is its latest and fastest chipset or the Snapdragon 845 system-on-a-chip which is also the best on the market. Both chipsets have octa-cores and are supported by 4GB of RAM which makes the smartphone faster than most of its contenders in the high-end category. Although the Exynos chipset is a bit faster than the Snapdragon’s, they can both handle anything you throw at them.

Additionally, recall that we earlier said the Galaxy S9 retains more battery juice even though the capacity is the same? The chipset is what makes it possible as it manages power efficiently to help you get more out your battery cell. Whether it’s performance in loading heavy graphics games or conserving power, we find it very hard to fault the processor of the Galaxy S9.

Samsung has made many improvements on its digital assistant, Bixby, so it can start easily and control more apps. The Galaxy S9 also comes with an Intelligent Scan feature that allows the facial, fingerprint and Iris scanners to work efficiently. Samsung also included an inbuilt mobile payment option called Samsung Pay which is certified by Visa and MasterCard.

Although there’s no major change in the design and body of the Galaxy S9, we still think it’s an impressive device. Its battery life is better than its predecessor, the S8, and the processor performs faster than most smartphones released this year.

When you factor in other improvements like the better biometrics, better speakers, and IP68 (dust/waterproof) alongside the amazing camera technology, you will no doubt agree that the Galaxy S9 makes for a great buy.

See Prices of Other Samsung Phones 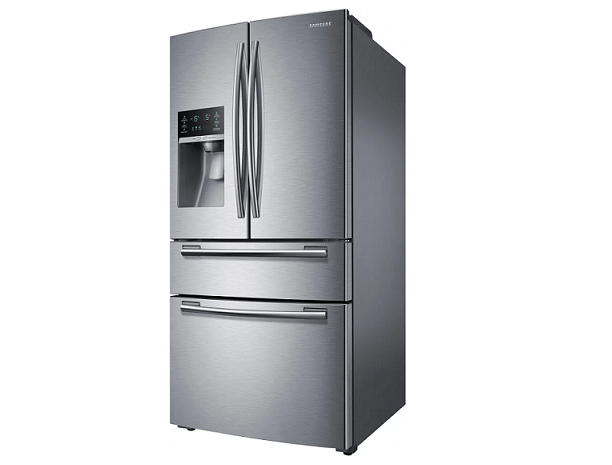 If you are looking to get a refrigerator that is absolutely reliable and highly efficient, it is hard to look beyond Samsung refrigerators. One thing is the reputation the brand has built over the years, another is the quality their fridges boast of.  When it comes to reliability, efficiency and strength and ease of use,…

It may surprise you to learn that Peugeot started out by making coffee mills and bicycles, not cars. Talk about drive and ambition, the French car makers have outdone themselves to become one of the most famous car brands in the world with a global presence in over 160 countries. In furtherance of their drive…

Perfume is a core part of everyone’s wardrobe. With a lot of attention being paid to perfumes and body sprays in recent times, many fragrance manufacturers have sprung up. There are lots of standout brands no doubt, but Jadore has smelt its way into the hearts of people. The female fragrance rates among the very…

Australia is a great place to visit and live. The country is home to popular tourist attraction like the Sydney Opera House and the Blue Mountains National Park. The country also produces high quality products that have been imported to Zambia. Additionally, Australia is a centre of world class tertiary institutions; as a result, many…

The market for London-used smartphones has grown over the years. With heavyweight smartphone brands, including Apple and Samsung, constantly launching relatively expensive smartphones, a lot of people have opted for the London-used versions of these phones. Apple smartphones rate among the very best in the industry today and are, as it stands, the most sought…