Tecno has one of the biggest shares of the smartphone market in Africa. This company has recently announced the release of a new addition to its Camon product line, the Tecno Camon 17P. In this post, we take a look at the price of this smartphone, its specs, and review some of its key features. 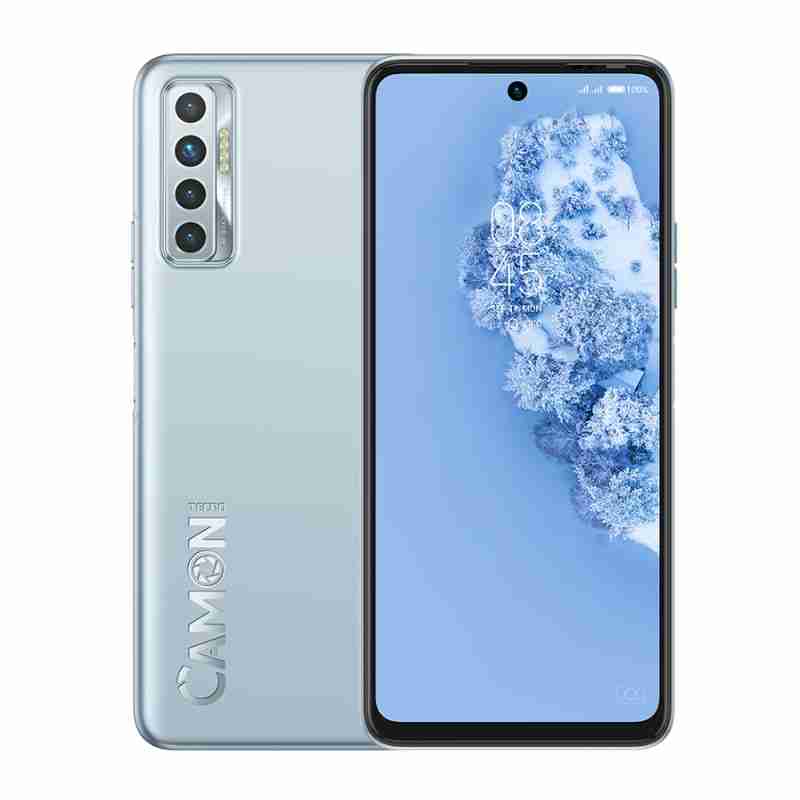 The Tecno Camon 17P is not available in Zambia as of the time of writing this post. However, we have checked online to see discover how much the smartphone will be when it finally reaches Zambia. By our estimation, the Tecno Camon 17P should be between KW99,000 and KW125,000 when it hits Zambian retail stores.

The Camon 17P is meant to be an upgrade on the Camon 17 and its predecessor, the Camon 16. What features did Tecno upgrade in the Tecno Camon 17P? Read on to find out.

A poor design could affect the disposition of the market to the smartphone. This is why Tecno always works hard to come with a top-notch design for every smartphone it produces. However, when you compare the Camon 17P and its predecessor, the Camon 17, there isn’t much difference in the design.

Both devices have a rear cover that is made up of plastic. Where there is a slight difference is the color theme of the rear cover. The Camon 17P features three colors, just like its predecessor, the exact same colors. These colors include Magnet Black, Frost Silver, and Spruce Green.

Where there is a marked difference between both devices is the arrangement of the cameras. Unlike the Camon 17, the Camon 17P features 4 cameras. Tecno reverts to the original number of cameras present in Camon 16. Because of this, there is a square camera module that bears four cameras along with the LED flash.

Just like its predecessor, the Tecno Camon 17P comes with the Camon and Tecno logos on the rear cover. The fingerprint sensor characteristic of the different smartphones in this series also sits close to the camera module.

Now, let’s look at the front display of the Tecno Camon 17P. Again, Tecno reverts to the display size of the Camon 16, 6.8 inches. This is a little larger than the 6.6-inch display size in the Camon 17. All three devices feature a similar punch hole camera. The only difference, in this case, is the positioning of the front camera. While it is at the top-left in the Camon 16 and 17, it sits at the top-center in the Camon 17P. Asides from this, all the other display features are the same as they are in its predecessor.

Smartphones in this age should come with high-quality cameras. So many people are addicted to social media and they need very good cameras to deliver top-notch videos and photos. One of the major differences between the Camon 17P and the Camon 17 is the camera quality.

The camera in front features 16 megapixels. This is the same for all three smartphones. With this, you are assured of very high-quality images and videos. Let’s not forget that the is a QUAD flash for the rear camera to ensure that you can shoot videos and photos in dark conditions.

To be factual, not necessarily. The company makes use of the same MediaTek Helio G85 chipset used in its predecessor. Now, this promises speed and high performance, but one would have thought the company would upgrade on this. The device also features an octa-core processor. This implies that you wouldn’t have any issues with hanging regardless of the number of apps that you run simultaneously.

The Tecno Camon 17P features just one RAM size, 6GB. It also features just 128GB of internal storage. This means that there is no upgrade to what you have in this smartphone’s predecessor. Nonetheless, it is sufficient for a regular smartphone user who doesn’t need any extras. Finally, the device runs on the latest Android 11 operating system with the HIOS 7.6 interface.

The battery life of any phone is as important as any of its other features, especially in this part of the world. Tecno packs this smartphone with a 5000mAh battery similar to the one in the Camon 17. This means that you will have up to 2 weeks of standby time and several hours of talk and game time.